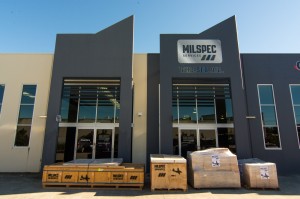 This Wednesday the 19th of June 2013 at 11am, Milspec Services handed over $2.2 Million of “New Surplus” spare parts to the Historical Aircraft Restoration Society (HARS) at our new premises in Carrara, Queensland.

The inventory was originally manufactured by Field Aviation of Canada and stockpiled in Australia to meet the immediate support requirements of the RAAF Caribou Fleet which was retired in 2009. The donation of the spares to HARS will help keep the Caribou Flying for many years to come.

When the Caribou aircraft retired from the RAAF, we contemplated what to do with our stock of now obsolete Caribou spares. We had two options, sell to an overseas operator or scrap them. But then we thought, no let’s donate them to HARS and assist in keeping an important part of Australian aviation history in the air. For many years the Caribou provided strong income for our business and it’s now time for us to give something back. 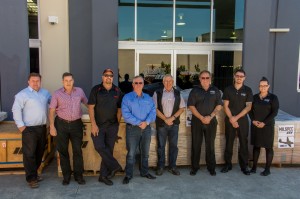 “Without spares support, it is difficult to keep any aircraft in the air. With aircraft built in the 1960/1970’s it is even more difficult to find the components needed to ensure they can attend events throughout Australia. Deprived of the work of organisations such as HARS, the general public would never get to see these priceless pieces of Australia’s Aviation History where they should be; in the sky.” said Paul Strike the Managing Director of Caribou Cargo.

Retired from 45 years of active service, the Caribou was the mainstay of light transport for the Australian Defence Force. From service in Vietnam to Emergency support in Australia and neighbouring countries, the Caribou was usually the first to arrive and last to leave disaster areas.

Dubbed the “Big Green Gravel Truck”, due to its distinctive twin radial engine “Growl”, the Caribou has a service history spanning nearly half a century and holds a special place in the hearts of many Australians. 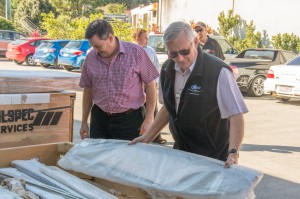 Despite the retirement of the Caribou, there is no other aircraft available today, capable of performing the same function. For those who Operated, Maintained, travelled in and received support from the Caribou, this aircraft will remain an important part of our military aviation history.

Whether it be operating in the jungles of Vietnam, providing United Nations support in Timor, delivering much needed supplies to Cyclone ravished Fiji and Solomon’s, dodging mountainous terrain in Papua New Guinea, dropping paratroopers or hay bales to flood stranded stock in the outback, or simply wowing crowds at air shows with it’s amazing short field landings and the ever-popular “Wheelbarrow” manoeuvre, the Caribou has been the workhorse of the Nation for almost 50 Years.

At RAAF Base Townsville towards the end of 2009, a farewell party like no other occurred. Vietnam Veterans in their 70’s and 80’s mixed with 18 and 19 year old members of the Australian Defence Force, all celebrating the same bond – the service of the De Havilland Caribou, a stalwart that has served the Australian public with distinction for almost 50 Years.

What these spares mean for the future of the Caribou 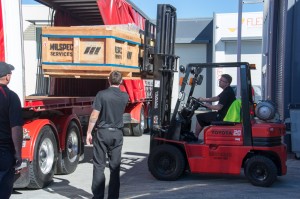 The spares donated today are critical items that will allow the aircraft to continue operation for the years to come. To be sure, these components will assist the work HARS has ahead in keeping the “Gravel Truck” in the air, but there remains caches of parts in Australia and around the world that are needed to ensure the longevity of the Caribou.

The search and requests for assistance from government bodies, organizations and individuals will still be needed if our aviation heritage is to be remembered. If you can help, please stand up and join the ranks of those keeping these treasures aloft. 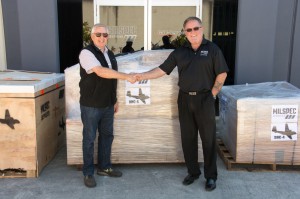 The Historical Aircraft Restoration Society Inc (HARS) is a not-for-profit organisation and was formed in 1979 by a group of aviation enthusiasts interested in the preservation of Australian aviation history.

The HARS Mission Statement strongly expresses their emphasis and direction which is ‘To recover, and where possible restore to flying condition, aircraft or types of aircraft that have played a significant part in Australian Aviation History both in the Civil and Military arenas’.

Since 1991, HARS has achieved significant milestones in their endeavours to preserve our aviation heritage. Their record to-date in aircraft restorations alone is there for all to see. It is an impressive record when one considers that it has been achieved solely by volunteers of HARS.

HARS has been financed to-date partly by corporate sponsorship and from the general public and is only able to continue operation of their fleet of Aviation treasures through these sponsorship, donations and the support of organisations such as Milspec Services, Field Aviation, Caribou Cargo, not to mention many others.

Transportation of the spares has been generously donated by Booths Transport. 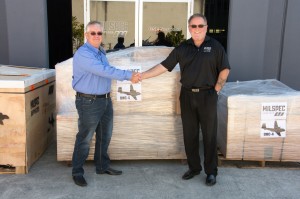 Formed by a group of aviation professionals in 2010, who saw opportunities for the Caribou to continue its fine work performing rugged bush flying and Emergency services support with an upgrade of the original design, Caribou Cargo is dedicated to supporting HARS to ensure that this unique aircraft remains able to fly Australia wide to visit aviation and other suitable historical events.

Caribou Cargo has commenced Project “Peek-A-BOU” where to intent is to gather donations, sponsorship and funding from the general public and any interested groups or businesses to have the Caribou visit events and locations Australia wide so that as many Australians as possible can hear and see the aircraft doing what it does best. More information can be found on their website.